The infographic is dead; or if not dead, it’s going extinct. At least according to Fast Company.

Fast Company claims that infographics are dying because data visualizations are maturing, which is a misleading statement. Correlation does not imply causation.

It’s also inaccurate because infographics are not dying.

Reports of their demise are greatly exaggerated

Here is the evidence cited in the article: The presence of infographics rose from 2007 to 2012 “where it peaked, and has begun to decline since.” Citing slowing production as the only evidence of the death of infographics suggests novelty was the only driver of their rise in the first place. Their value, in other words, was that they were new; now that they’re not, they’re no longer valuable. But just because fewer are being created doesn’t mean they’re less valuable.

And the answer is yes.

The value of an infographic

According to a 2014 survey, 49 percent of B2B technology buyers ranked infographics as “very or extremely influential” in a technology purchase process. A 2014 Demand Gen survey also reported that B2B buyers are more likely to share infographics on social media than any other content type besides blog posts.

The truth is, from a value standpoint, an infographic is no different than any other asset. The value is in the content, not the format. It’s not the medium, it’s the message.

For content to resonate with an audience is has to do the following three things.

It all boils down to audience and goals.

For content to deliver value, it has to reach its target audience. What the Fast Company article does get right is noting the impact of mobile. While the message still trumps the medium, don’t overlook the channel.

Today, smartphones and tablets represent roughly 50 percent of the web’s traffic. As Fast Company points out, a “sprawling, ambitious data visualization would be wasted on half of the web’s traffic at a given time. As a result, you have…designers churning out simpler content that everyone can access on a phone, rather than rich, complex interactives that will have an inherently smaller readership.”

It is worth noting that PCs are still the number one device used during 10:00am-5:00pm. Rich, complex interactives may not be suitable for mobile, but they can still play an effective role in your content mix.

A recent Forbes article argued that, “We need to stop asking if infographics work, as though they are a magic balm to be applied to a brand’s communication strategy. When your content is compelling, design can and should be used…Brands and marketers should stop talking about what’s next, and focus instead on what makes all content good. The result, regardless of format, will provide value long after the buzz has worn off.”

The infographic isn’t dead. But if you create one without an audience in mind, and it fails to deliver value, it will be as if it never existed at all.

But enough pontificating; what do you think? Does the infographic below have it right, or are they dead, after all? 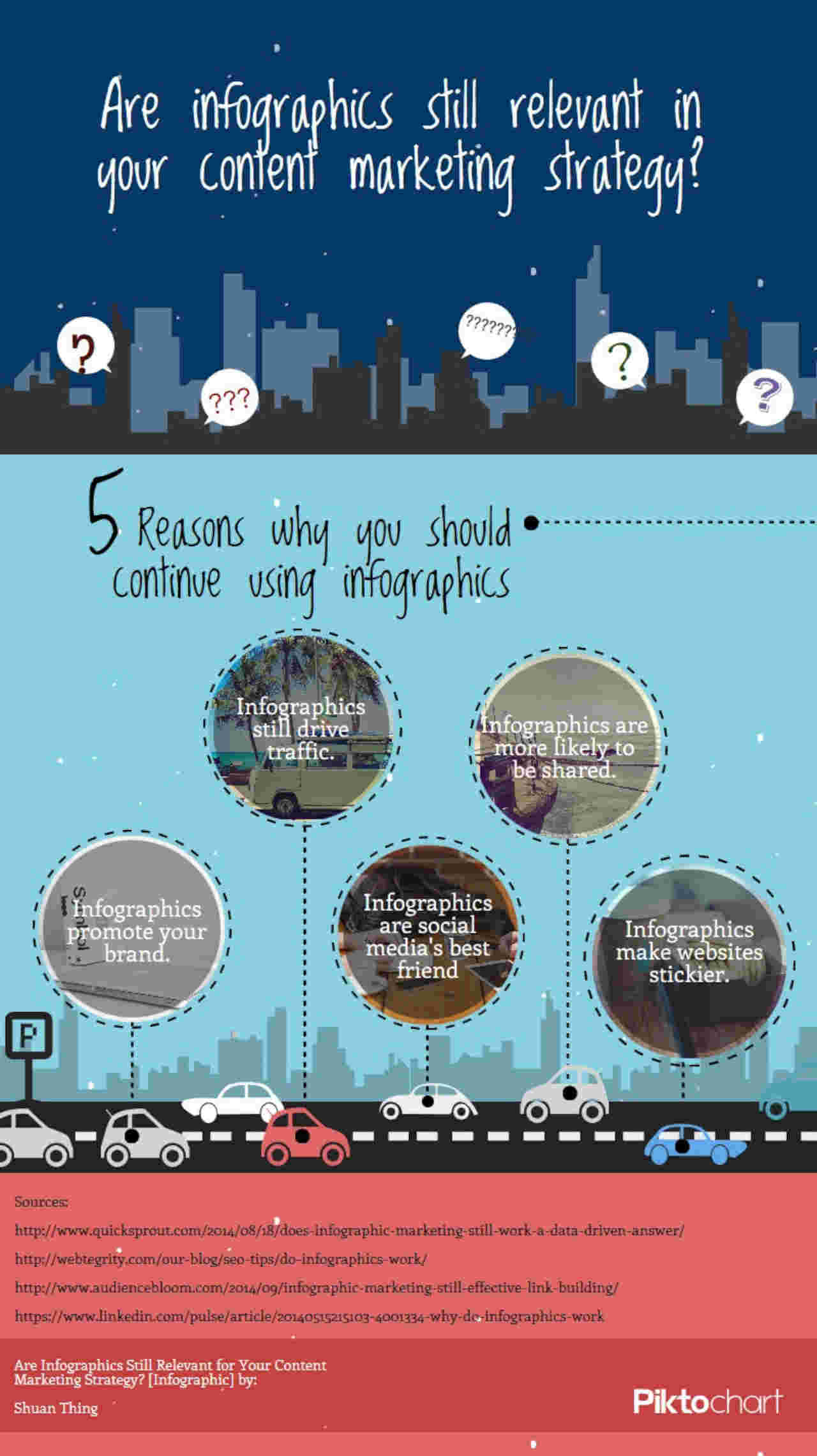